The Anglo-Norman Dictionary (www.anglo-norman.net) is interested in sponsoring a session or series of sessions at the Leeds International Medieval Congress 2014 (see http://www.leeds.ac.uk/ims/imc/) devoted to new research on Anglo-Norman texts and their contexts. We will present papers on the subject, but are looking for further contributors.
We are particularly interested in hearing about new texts, new editions of texts, and texts that fall outside of the literary context. Paper topics could include, but are not limited to:


If you are interested, please contact us, the session organizers, at anglonormandictionary@gmail.com by September 15 2013, with a short summary of your proposal. 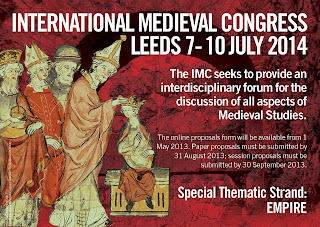